Will You Manage? (Epub)

"Bloody obvious isn't it: tell the defenders to route one out to Drogba"
"That's what they've been doing all night and look where it's got them"
"The final ball has just not been weighted enough; in any case, his touch is too heavy"
"£120,000 a week and look how little they put themselves about"
"Players today are mercenaries: in my day they lived and died for their local team. It was a way of life: now it's just a cheque at the end of the month"

Every weekend in pubs and living-rooms all over the country, women and (mainly) men discuss the day's games and how they could have done better than the cretinous manager. Few people think they can fix their leaking sink better than a plumber or defend their dodgy cousin better than a barrister and yet every Tom, Dick and Harriett is convinced that they can do a better job than their team's manager. Why is this? In Will You Manage?, Musa Okwonga breaks down the job of football management into its different components and shows exactly what skills the great managers have. He interviews big and little cheeses on the football scene and provides essential tips for Fantasy Football success. As a new season gets underway and managerial heads begin to roll, the reader of Will You Manage? will deservedly have a knowing/sickening smirk on his face. 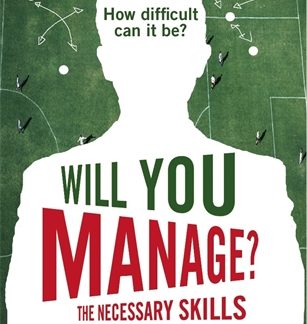