New York, 1923, the Argentine Luis Angel Firpo, called the Wild Bull of the Pampas, knocks out of the ring the American Jack Dempsey, heavyweight champion of the world. In Buenos Aires, the match is transmitted on the radio and Firpo proclaimed world champion. However, the referee does not count the time outside the ring. Dempsey comes back and knocks the challenger out. The Wild Bull of the Pampas will have been world champion for only 17 seconds.

Trelew, Patagonia, 1973: to celebrate the fiftieth anniversary of the local paper, the sports journalist recalls this mythical match. The head of the cultural section celebrates the first performance of Mahler's First Symphony in the Teatro Colon of Buenos Aires conducted by Richard Strauss.

In addition to these two great events of the 14th of September 1923 there is also a man found hanged in a hotel room: it is never known whether murder or suicide caused his death. Classical music, sport and crime come together to recreate the past in a disturbing investigation that questions the role of the media in the construction of popular culture. 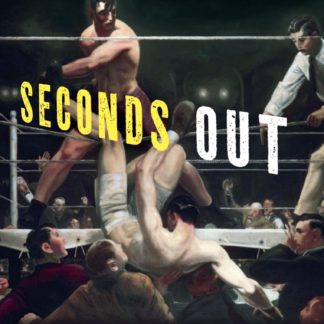