It's August 1965 and Los Angeles is scorching – and when white police officers arrest an ordinary black Angeleno named Marquette Frye, they light the touchpaper on six days of rioting. Graffiti Palace follows young African-American graffiti expert Americo Monk as he tries to get home through the chaos, telling the secret history of the riots – and the unfolding story of Los Angeles and black America – along the way.

As Monk travels through the streets of South Central LA, he orients himself by gang tags and more intricate and mysterious graffiti symbols towards home. But the cops and the gangs are after the notebook where Monk records the city's graffiti, and which might just be the key to the secret tides of power ebbing below the surface of the city…

Bursting at the seams with memorable characters – including Nation of Islam leader Elijah Muhammad, sewer-dwelling crack dealers and a legendary Mexican graffiti artist no-one's even sure exists – Graffiti Palace conjures into being a fantastical, living, breathing portrait of Los Angeles in 1965. 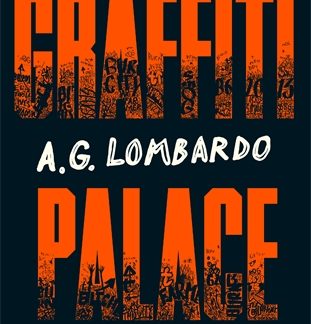