The Reinvention of Love (B Format Paperback)

Married to a great man, in love with a man like no other …

When Charles Sainte-Beuve, a French journalist, met Victor Hugo, an ambitious young writer, he was swept into a world of grand emotions, a world where words can become swords. But Charles' attraction moves on from Victor, to his wife Adèle. Soon the two lovers are on the edge of a great scandale and a wounded Victor must exact his price for betrayal.Set during the tumultuous reign of Napoleon III, this mesmerising novel draws a rich portrait of old Paris, where duels were fought and cholera-ridden bodies float in the Seine. An atmospheric story of delicacy and emotion, The Reinvention of Love brings together the voices of two women destroyed by Victor Hugo's ferocious ambition, and the unique, acerbic and heart-breaking voice of Charles Sainte-Beuve, first Hugo's friend and then his unlikely competitor in love. 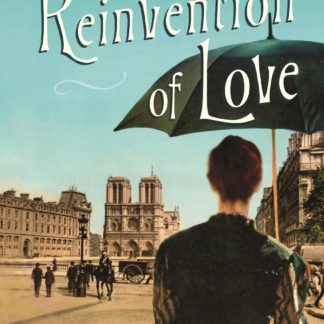 You're viewing: The Reinvention of Love (B Format Paperback) £9.99
Add to basket