Let Us Be True (B Format Paperback)

A poignant love story set in the wake of the Second World War, now in paperback

Ralf is alone, filling his days with glasses of red wine at Jacques' bar, waiting for life to happen to him. Then, one night, Elsa – bold, enigmatic, unpredictable – whirls into Jacques' bar and into Ralf's world, knocking him out of his cautious routine and into a life full of spontaneity and excitement.

But Elsa is hiding something. As Ralf falls deeper in love, he reveals more of his past – his childhood in Nazi Germany, his time in a British tank division at the end of the Second World War. But what is Elsa hiding? And can their love survive it?

Let Us Be True charts the lives of these two extraordinary characters through an era of great uncertainty, from the war and its aftermath through to the deadly unrest of 1960s Paris.

Evocative, charismatic and sweeping in scope, Alex Christofi's second novel is a moving story of love and loss, of the things we hide from ourselves and from others, and of the personal cost of Europe's turbulent twentieth century. 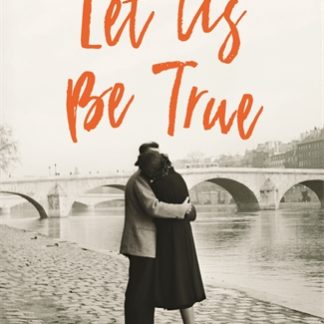 You're viewing: Let Us Be True (B Format Paperback) £8.99
Add to basket