I Hate the Internet (B Format Paperback)

'The Internet was a wonderful invention. It was a computer network which people used to remind other people that they were awful pieces of shit.'

In the 1990s, Adeline drew a successful comic book series that ended up making her kind-of famous. In 2013, Adeline aired some unfashionable opinions that made their way onto the Internet. The reaction of the Internet, being a tool for making millions in advertising revenue from online abuse, was predictable. The reaction of the Internet, being part of a culture that hates women, was to send Adeline messages like 'Drp slut … hope u get gang rape.'

Set in a San Francisco hollowed out by tech money, greed and rampant gentrification, I Hate the Internet is a savage indictment of the intolerable bullshit of unregulated capitalism and an uproarious, hilarious but above all furious satire of our Internet Age. 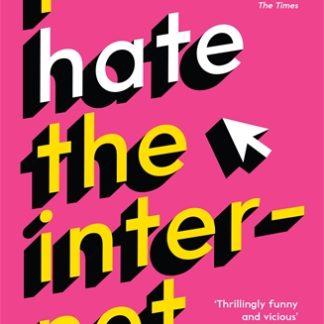 You're viewing: I Hate the Internet (B Format Paperback) £8.99
Add to basket