A definitive biography of Manu Chao, the Che Guevara of world music.

A decade ago, Manu Chao's band, Mano Negra, toured Colombia by train, negotiating with government troops and rebels – an episode described at the time as 'less like a rock'n'roll tour – more like Napoleon's retreat from Moscow'. That's Manu in a nutshell. He does everything differently. He is a multi-million selling artist who prefers sleeping on friends' floors to five-star hotels, an anti-globalisation activist who hangs out with prostitute-activists in Madrid and Zapatista leader Comandante Marcos in Chiapas, a recluse who is at home singing in front of 100,000 people in stadiums in Latin America or festivals in Europe.

Clandestino has been five years in the writing, as Peter Culshaw followed Manu around the world, invited at a moment's notice to head to the Sahara, or Brazil, or to Buenos Aires, where Manu was making a record with mental asylum inmates. The result is one of the most fascinating music biographies we're ever likely to read. 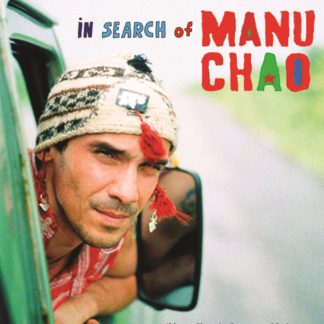