Jonathan Trigell's writing soars when describing the sublime mountain scenery and the rushing, redemptive exhilaration of skiing… But he's equally at ease conveying the murky moral ambiguity of Itchy's life…Exposing the darkness at the heart of a white world, Trigell's second novel is tense with foreboding: a clever, contemporary cliff hanger.

Long-dead Lord Byron started it. The rock star of his age. But a poet with about as much relevance to the blood grudge struggle that marks modern life for most of humanity, as he has to the practice of sliding down snowy slopes on planks of wood. And yet, it was thanks to Byron that Itchy ended up living in Chamonix Mont Blanc, the death-sport capital of the world, among the high mountains and low morals.

In the intervening years he has tried hard with alcohol and adrenaline to numb a past he can't atone for. Now a serial rapist is stalking Cham's tourist-thronged streets, haunting the same shadows as Itchy and triggering an obsession which will lead him far from Europe's zenith, to the depths of the valley and himself.

The promise of Jonathan Trigell's first novel, Boy A, is fully realised in this evocation of the world of extreme sports, where the reckless violence of a callow man?s life comes back to haunt him. 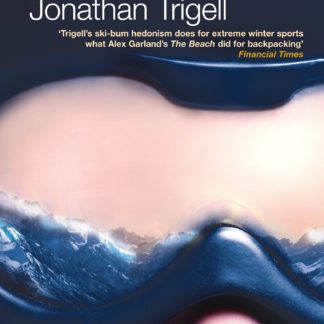 You're viewing: Cham (B Format Paperback) £9.99
Add to basket