Abebe Bikila was the first black African to win an Olympic gold medal. He won the marathon running barefoot in Rome in 1960 and won again wearing shoes in Tokyo in 1964, becoming the first person to win the most grueling of all human contests twice.

Born into bitter poverty in rural Ethiopia in 1932, at sixteen Bikila joined the Imperial Guard of the Emperor Haile Selassie. It was there that he came to the notice of the Swedish athletics coach Onni Niskanen, whom Selassie had engaged to try and raise his country's profile through sport. Bikila became the focus of these ambitions – and an unwitting figurehead for black African nationalism.

Following the 1960 Olympics, Bikila's life took a dramatic turn when he was implicated in a failed coup against Selassie. Bikila was initially sentenced to death but was eventually pardoned following Niskanen's intervention. Despite an attack of appendicitis, Bikila recovered in time to win the Olympic marathon once again. Bikila died in 1973. 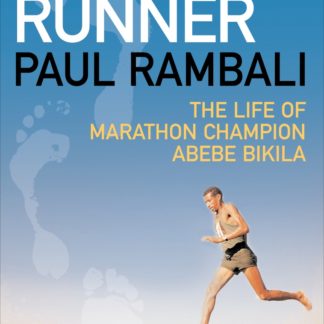 You're viewing: Barefoot Runner (B Format Paperback) £8.99
Add to basket