Inside the US government’s secret drone warfare programme

Assassination by any other name ... the true story of America's drone strikes, based on extraordinary leaked documents

In this shocking exposé of the US government's drone programme, bestselling author Jeremy Scahill and his colleagues at the investigative website The Intercept expose stunning new details about the secret assassination policy being carried out by America and her allies.

When the US government discusses drone strikes publicly, it offers assurances that such operations are a more precise alternative to troops on the ground and are authorised only when an "imminent" threat is present and there is "near certainty" that the intended target will be killed. The implicit message on drone strikes from the Obama administration has been trust, but don't verify.

The online magazine The Intercept exploded this secrecy when it obtained an extraordinary cache of secret documents, the most shocking of which are included in this book, that reveal how Washington's fourteen-year targeted killing campaign suffers from an overreliance on flawed intelligence, an apparently incalculable civilian toll, and an inability to extract potentially valuable intelligence from terror suspects.

The Assassination Complex is a vital, urgent book which allows us to understand at last the circumstances under which the US government and her allies have granted themselves the right to sentence individuals to death without the established checks and balances of arrest, trial, and appeal.

Jeremy Scahill is an unembedded, international journalist. He has reported extensively from Iraq through both the Clinton and Bush administrations. He reported from Yugoslavia during the 1999 NATO bombing and spent years covering the downfall of Slobodan Milosevic's government and the rise of a neoliberal regime backed by the United States. He has also reported from Nigeria, where he and colleague Amy Goodman exposed the role of the Chevron oil corporation in the massacre of protesting villagers in the Niger Delta. Traveling around the hurricane zone in the wake of Katrina, Scahill exposed the presence of Blackwater mercenaries in New Orleans and his reporting sparked a Congressional inquiry and an internal Department of Homeland Security investigation. Scahill has won numerous awards, including the prestigious George Polk Award for Foreign Reporting and numerous Project Censored Awards. He was among the only western reporters to gain access to the Abu Ghraib prison when Saddam Hussein was in power and his story on the emptying of that prison won a (US) Golden Reel for "Best National Radio News Story" of 2002. Blackwater is his first book. 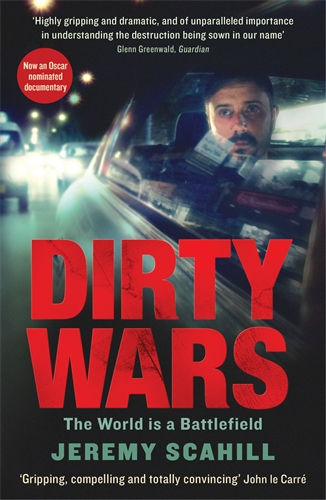 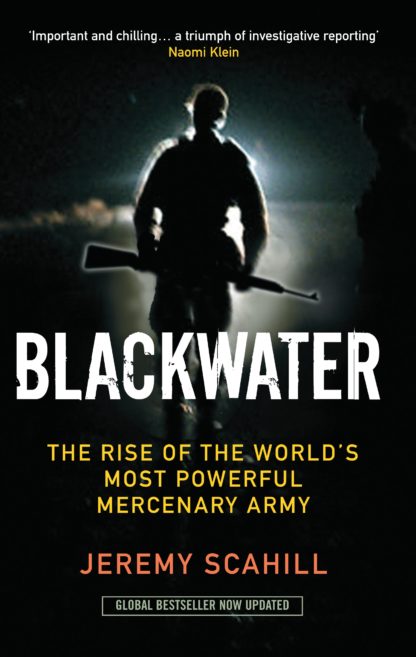 Meticulously researched and fascinating … Scahill does a fine job