'This book is as stylish as one would hope. An evocative, escapist tale of murder and secrecy in post-war London, War Damage paints a picture of a city that, way before the '60s (even in the rubble of the Blitz), was swinging' – Lauren Laverne, Grazia

London in the aftermath of WW2 is a beaten down, hungry place, so it's no wonder that Regine Milner's Sunday house parties in her Hampstead home are so popular. Everyone comes to Reggie's on a Sunday: ballet dancers and cabinet ministers, left-over Mosleyites alongside flamboyant homosexuals like Freddie Buckingham. And when Freddie turns up dead on the Heath one Sunday night there is no shortage of suspects.

War Damage is both a high-class thriller and a wonderful evocation of Britain staggering back to its feet after the privations of the War. And in Regine Milner it possesses a truly memorable heroine. She's full of secrets – just what did happen in Shanghai before the war? – and surprises – Reggie's living proof that sexual experimentation was alive and well long before the sixties. 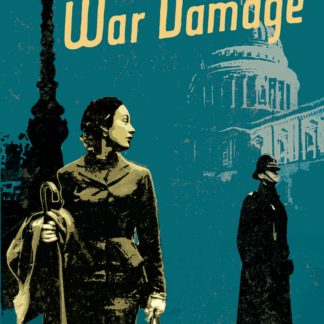 You're viewing: War Damage (B Format Paperback) £7.99
Add to basket