A rollercoaster ride through the colourful history of slang – from highwaymen to hip-hop.

Slang is the language of pop culture, low culture, street culture, underground movements and secret societies; depending on your point of view, it is a badge of honour, a sign of identity or a dangerous assault on the values of polite society.

Over several centuries and across international borders, VULGAR TONGUES is the story of how the English language of Shakespeare's day fragmented and twisted into all kinds of shapes, as people like pickpockets, beggars, sailors, musicians, gangsters, whores, politicians, gypsies, soldiers, gays and lesbians, policemen, rappers, cockneys, biker gangs and circus folk seized the King's or Queen's English by the throat and took it to places it would probably regret in the morning. 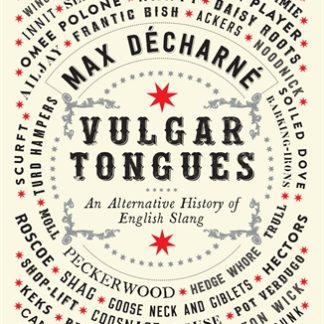