Inspired by the heartbreaking true case of the Kerry babies, Nicola White's award-winning sequel to A Famished Heart explores the battle between sexual liberation and repression in 1980s Dublin.

NOT EVERY CHILD IS A BLESSING…

It was Ali who found the body of a murdered newborn baby, hidden in the garden of her convent school. In an Ireland riven by battles of religion and reproduction, the case becomes a media sensation, even as the church tries to suppress it. But this is not the first dead baby Ali has found.

For Detectives Vincent Swan and Gina Considine, the pressure to discover the identity of the dead child is little help against a community with secrets to protect. Gina knows all too well how many of Ireland's girls are forced to make difficult decisions in terrible circumstances, silenced by shame. Is Ali one of those girls? Because what evidence there is, points to Ali herself…

A compelling mystery that will keep you gripped until the last page, perfect for readers of Val McDermid, Denise Mina, Tana French and Jo Spain. 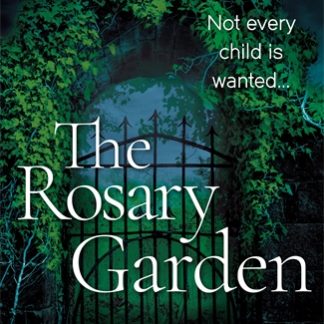 You're viewing: The Rosary Garden (Epub) £3.99
Add to basket