The Not Knowing (Epub)

?The Not Knowing is gutters full of blood and moon, bodies and dreams, streets full of cries and whispers, secrets and lies – fiction every bit as fraught as the nightmares from whence it came? David Peace ?I haven?t been as excited by a new writer since I first read Ellroy or stumbled across the very first James Sallis? it?s like picking up the first novel of a master. She is that good and better, that dark? Ken Bruen ?Cathi Unsworth has long been an accomplished writer. With THE NOT KNOWING she weaves together all her passions; music, cultural journalism, hip London, crime novels and edgy films – to give us, in the tradition of Derek Raymond and Ken Bruen, angiographies of contemporary London and of lives gone all edge? James Sallis

London, March 1992. Nearly a year after the release of Brit noir sensation, Bent, the capital is still in the grip of its cultural and stylistic impact. Diana Kemp, journalist on the alternative arts magazine Lux, is dismissive of the film's cult following but admires the technique of its debut director, Jon Jackson. In fact, some of her admiration has a more personal nature and when Jon disappears following a triumphant Guardian lecture, she feels the loss, acutely. Two weeks later, Jackson's body is found in a condemned lock-up in the arches behind Camden market. A victim of his own success, perhaps – the murder site resembles the particularly bloody final scene of Bent. But why would anyone want to destroy the golden boy in such a way? Attempting to put a lid on the past, Diana buries herself in work. But an assignment at the ICA's Crimewave festival leads her on a voyage of discovery where not knowing might be the only thing that saves her. 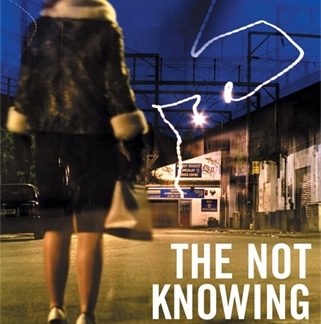