Can a price be put on love?

The Mistress Contract is soon to be a Royal Court play, adapted by Abi Morgan and directed by Vicky Featherstone, starting in January 2014.

Based on intimate conversations recorded during the early years of their affair, The Mistress Contract is the true story of the contract signed four decades ago between an anonymous couple (attributed in the book simply as She and He), and the unique relationship that ensued. The contract She – a highly educated, divorced woman with a successful career, three children and a history of involvement in the feminist movement – asked her lover to sign proposed the following terms: He would provide her with a home and an income, while She would provide 'mistress services' – 'All sexual acts as requested, with suspension of historical, emotional, psychological disclaimers'. He agreed to her terms, and they found a kind of happiness that more traditional forms of commitment had never provided. They talked endlessly about why this was, and then began to tape their conversations. Now 88 and 93 years old respectively, She and He are still together.

Was her suggestion a betrayal of all that she and the women of her generation had fought for? Or was it brave, honest, and radical?

Provocative, unapologetic and inspiring, The Mistress Contract shines an unflinching and utterly compelling light on relations between the sexes and is bound to spark debate.

The Mistress Contract is soon to be a Royal Court play, adapted by Abi Morgan and directed by Vicky Featherstone, starting in January 2014. 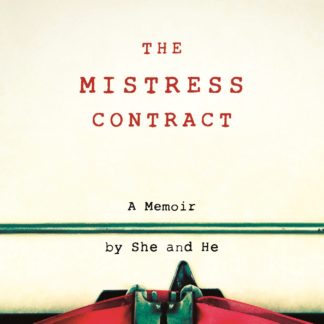 You're viewing: The Mistress Contract (Epub) £4.99
Add to basket