A story of four lives torn apart by war, falling in and out of love, and the unlikely moments that come to define a life – now available in paperback

Shot down on his first RAF mission, James Hunter spends his war in a German prison camp. The other captive soldiers busy themselves planning their escapes, but James dedicates himself to a detailed study of the redstarts nesting just beyond the camp boundaries – a project that gives him something to live for and earns him an unusual ally in the Kommandant in charge of the camp.

Rose, James's young wife, is spending her war in a cottage on the lip of Ashdown Forest in Sussex, with her dog Harris for company. She'd hardly known James before he went away and can barely engage with his letters, which talk of nothing but birds. Now she has fallen in love with someone else – Toby, a young pilot home on sick leave. They meet secretly at night.

Then James's brusque sister Enid is bombed out of her flat in London and comes to live in Rose's tiny cottage. Little more than strangers, both women are guarded, and Rose tries to conceal her affair from Enid. But later both look back on this strange interlude as one of their happiest.
Beautifully written and full of moments of hope, The Evening Chorus is a stirring story about love and the natural world, set against the backdrop of the Second World War. 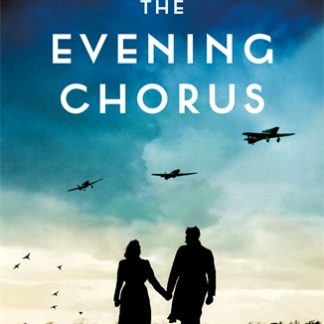 You're viewing: The Evening Chorus (Epub) £4.99
Add to basket