The Devil's Home On Leave (B Format Paperback)

A man's corpse is discovered in a Rotherhithe warehouse, chopped up, boiled to avoid identification, and bundled into five Waitrose carrier bags. Our nameless narrator from A14 – the 'Unexplained Deaths' division of the Met – is put on the case. Operating, as usual, with his wit and sheer nerve in place of adequate resources and contacts, the narrator's investigations uncover much more than the murderer. As he probes a world of horror in South London, a terrible secret from his own past emerges. 'A bizarre mixture of Chandleresque elegance… and naked brutality' Daily Telegraph 'Hellishly bleak and moving' New Statesman 'Superb… an English Chandler… only better' Daily Mail 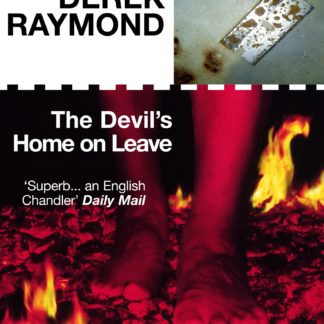 You're viewing: The Devil's Home On Leave (B Format Paperback) £9.99
Add to basket