The Death of the Poet (Epub)

When you swear to love, to be faithful, or to do your duty, how does that promise bind you?

John Knox falls passionately and irrevocably in love with Rachel McAllistair the first time they meet. He interviews her for his radio show, and afterwards, when he tells her how impressive she was, she hits him, square on the jaw. Undeterred, he pursues her, promising to love her and never to leave her.

This promise becomes his burden, as her behaviour whirls out of control. She is abusive and cruel. And yet he stays. Even when she does something so awful that his life is changed forever. And that point, on which his life turns, leads him to an unexpected connection with a man who suffered a terrible injury in the first world war.

The Death of the Poet is a daringly honest, transfixing story about being in thrall to someone, being a victim and a protector, and how early promise can turn into an utterly unrecognisable life. An exploration of violence and what it means to be a man in the modern world, it's controversial, devastating, and, in a complicated way, romantic too. 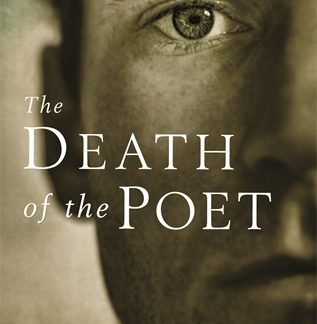