El Paso and Ciudad Juárez sit across the Texas / Mexico border from each other. They share streets, industry, crime. One gang claims territory in both: Los Aztecas. This single criminal organisation is responsible for most of the homicides committed in Juárez, and Felipe Morales is one of them.

Recruited in prison, and now on the streets of El Paso, 'Flip' has no choice but to step further into that world, but he has a secret that threatens his life. A witness to murder and intimidation, he tries playing both the cops and the outlaws in a bid to escape.

On the American side, El Paso detective Cristina Salas struggles to balance the needs of single motherhood with those of life in the city's anti-gang unit. When her path crosses with Flip, their relationship will spell the difference between a life behind bars for the young gang member, a grisly death or freedom.

Meanwhile, Mexican federal agent Matías Segura must contend with the scourge of Los Aztecas while coordinating a long-term operation with the American authorities.

The Aztecas, north and south, stand in the way of three lives. They have no qualms about crossing the line, about killing, about moving their deadly product, and it all comes together in a confrontation where the stakes are, truly, a matter of life and death. 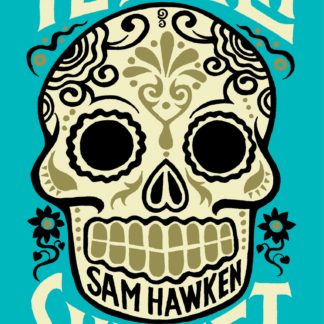