Our Word is Our Weapon ()

?Latin America?s first post-cold-war guerilla icon? New York Times ?What is being played out in the Chiapas mountains and the Lacandon Jungle reaches beyond the borders of Mexico to the heart of that portion of humanity that has not renounced and never will renounce dreams and hopes, the simple imperative of equal justice for all? Jos? Saramago

Today?s Zapatista revolution in Mexico is lead by the fair-skinned, urban, university educated poet-warrior-spokesman, Subcomandante Marcos. Marcos has created a unique fusion between ?the two Mexicos?: the one white / mestizo and western, the other traditional. For the first time, a bridge has been built between both sides, a bridge so powerful that it now seems possible for the indigenous peoples to achieve rights for indigenous peoples and democracy, justice and liberty for all. This book is the first collection of Marcos?s writings to appear in book form. In it he sets out the social and political situation in Mexico, his most philosphical and literary writings and his legendary tales and fables from the deeper forces that shape the Zapatistas? project. 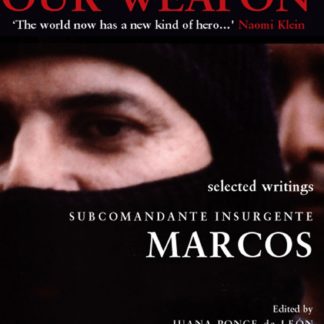