Inside Daisy Clover (B Format Paperback)

Decades before it was fashionable, Gavin Lambert expertly wove characters of every sexual stripe into his lustrous tapestries of Southern California life. His elegant, stripped-down prose caught the last gasp of Old Hollywood in a way that has yet to be rivalled

A precocious teenager chronicles her own rise from trailer-park squalor to singing stardom by way of a supermarket talent contest. In her journals, Daisy Clover tells the story of how she is discovered by a hollywood movie producer at fourteen and proceeds through large doses of work, sex and Benzedrine to a twenty-four-hour marriage, a nervous breakdown, retirement and finally obscurity in New York. A has-been before her late teens, she makes a vaudeville comeback in Atlantic City at the age of twenty-four. 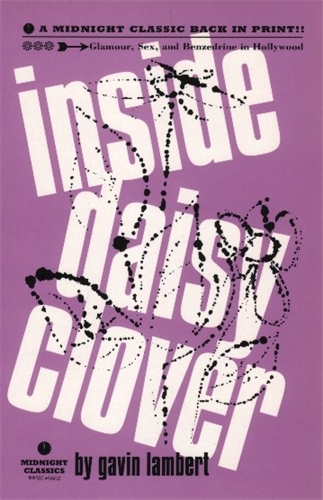 You're viewing: Inside Daisy Clover (B Format Paperback) £9.99
Add to basket