SIX BROTHERS AND SISTERS. ONE INJUSTICE THAT WILL SHATTER THEIR BOND FOREVER

Junius is the patriarch, a celebrated Shakespearean actor who fled bigamy charges in England, both a mesmerising talent and a man of terrifying instability. As his children grow up in a remote farmstead in 1830s rural Baltimore, the country draws ever closer to the boiling point of secession and civil war.

Of the six Booth siblings who survive to adulthood, each has their own dreams they must fight to realise – but it is Johnny who makes the terrible decision that will change the course of history – the assassination of Abraham Lincoln. Booth is an epic and riveting novel focused on the very things that bind, and break, a family. 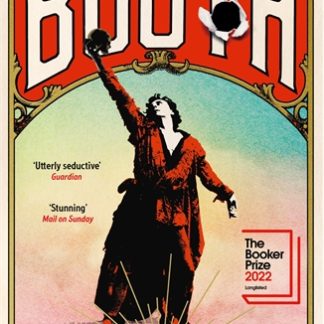 You're viewing: BOOTH (B Format Paperback) £9.99
Add to basket