At last somebody has written the real history of the last ten years, and written it with such wit, verve, empathy and profound intelligence. I can't recommend this marvellous piece of work enough.

From its first publication in 1997, Altered State established itself as the definitive text on Ecstasy and dance culture. This new edition sees Matthew Collin cast a fresh eye on the heady events of the acid house 'Summer of Love' and the rave scene's euphoric escalation into commercial excess as MDMA became a mass-market narcotic. Altered State is the best-selling book on Ecstasy culture, using a cast of memorable characters to track the origins of the scene and its drug through psychedelic subcults, underground gay discos and the Balearic paradise of Ibiza, to the point where Tony Blair was using an Ecstasy anthem as an election campaign song. Altered State critically examines the ideologies and myths of the scene, documenting the criminal underside to the blissed-out image, shedding new light on the social history of the most spectacular youth movement of the twentieth century. 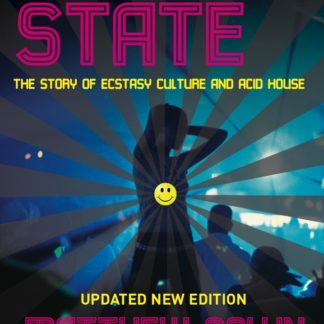 You're viewing: Altered State (B Format Paperback) £12.99
Add to basket