The enduring classic of a friendship torn apart by Nazism

THE INTERNATIONAL BESTSELLER
A 1939 PUBLISHING SENSATION

Can friendship survive in a divided world? Written on the eve of the Holocaust as a series of letters between a Jew in America and his German friend, Kressmann Taylor's classic novel is a haunting tale of a society poisoned by Nazism.

First published in 1938, Address Unknown met with immediate success in English but was banned in Europe by the Nazis. Tragically prescient about what was to come, it was one of the earliest works of fiction to warn against the growing dangers of fascism and antisemitism in Europe. It became an international bestseller and has been translated into more than twenty languages.

A novel of enduring impact with a memorable sting in its tail, Address Unknown stands as a powerful reminder of the dangers posed by the rhetoric of intolerance. 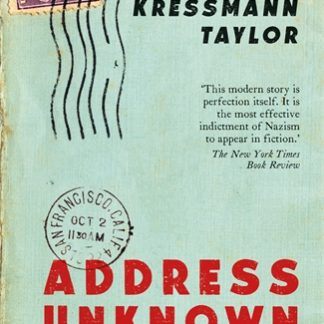