The first in a powerful new crime trilogy set in 1980s Dublin, exploring the power of the Catholic Church and the powerlessness of unmarried women

'A fabulous closed-room mystery that will keep you guessing' – DENISE MINA
'Fabulous Dublin-based crime. Very much in the vein of Tana French' – JO SPAIN
'This creeps up on you until you're hooked' – HEAT

THEY DID IT TO THEMSELVES
BUT SOMEONE WAS WATCHING

The Macnamara sisters hadn't been seen for months before anyone noticed. It was Father Timoney who finally broke down the door, who saw what had become of them. Berenice was sitting in her armchair, surrounded by religious tracts. Rosaleen had crawled under her own bed, her face frozen in terror. Both had starved themselves to death.

Francesca Macnamara returns to Dublin after decades in the US to find her family in ruins. Meanwhile, Detectives Vincent Swan and Gina Considine are convinced that there is more to the deaths than suicide. Because what little evidence there is, shows that someone was watching the sisters die…

'Thrilling… will keep you guessing until the very end' – MY WEEKLY 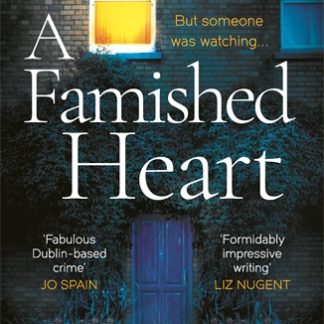