Rosa Liksom was born 1958 in Lapland, Finland to a family of farmers and reindeer breeders. A renowned painter, cartoonist, children's writer and filmmaker, she is best known as a prize-winning writer whose books have been translated into more than 15 languages. After living in Kristiania, Copenhagen, where she wrote her first novel, as well as Norway, Iceland, Paris, Brezhnev-era Moscow and in squats and communes throughout Europe, she returned to Helsinki, Finland, in 1987. She won the 2011 Finlandia Prize for Compartment No. 6. 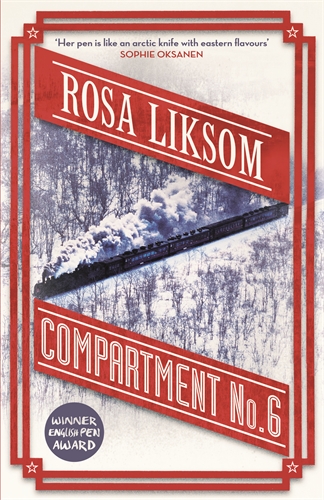 From the winner of the Finlandia Prize – two unlikely souls meet and spark on a journey across the Russian night.