Rebecca F. John was born in 1986, and grew up in Pwll, a small village on the South Wales coast. Her short stories have been broadcast on BBC Radio 4. In 2014, she was highly commended in the Manchester Fiction Prize. In 2015, her short story 'The Glove Maker's Numbers' was shortlisted for the Sunday Times EFG Short Story Award. She is the winner of the PEN International New Voices Award 2015, and the British participant of the 2016 Scritture Giovani project. Her first short story collection, Clown's Shoes, is available now through Parthian and she lives in Swansea with her three dogs. The Haunting of Henry Twist is her first novel, and is shortlisted for the 2017 Costa First Novel Award. 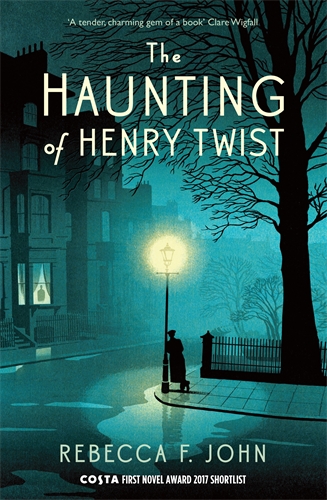 The Haunting of Henry Twist

Is there a love so powerful it can bring someone back to life? Rebecca F. John's debut novel about how our longing for a soulmate can bring us to…