Nicholson Baker was born in New York City in 1957 and grew up in Rochester. In his many works of fiction and nonfiction (including Vox, Checkpoint and Human Smoke), he has written about John Updike, about getting up early in the morning, about the inner life of a nine-year-old girl, about a man on his lunch hour, about the beginnings of the Second World War, about sex, and many other subjects too numerous to list here. Travelling Sprinkler is his tenth novel and his fifteenth book. He lives in Maine with his family. 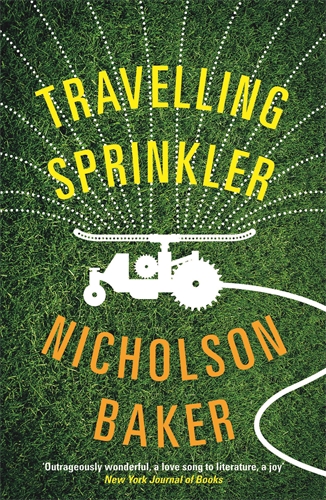 A brilliantly clever, comic novel about love in middle-age by an American master.