Laura Dave was born in New York City and grew up in Scarsdale, New York. She graduated from the University of Pennsylvania with a BA in English, and went on to gain an MFA from the University of Virginia's creative writing program. She was a Henry Hoyns Fellow and a recipient of the Tennessee Williams Scholarship. She is the national and international bestselling author of Eight Hundred Grapes, London is the City in America, The Divorce Party, The First Husband and Hello, Sunshine. Her fiction and essays have appeared in The New York Times, Oprah Magazine, Glamour, Redbook, The Huffington Post and The New York Observer. In 2008, Cosmopolitan named her a 'Fun and Fearless Phenom of the Year'. She is married to Oscar-winning screenwriter Josh Singer, with whom she resides in Los Angeles, California. 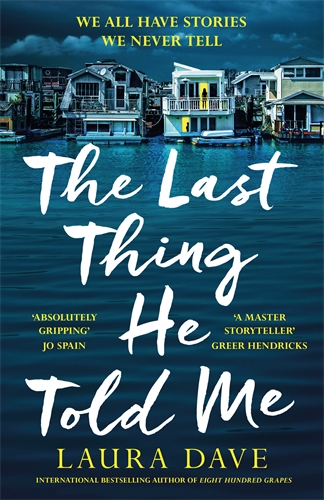 The Last Thing He Told Me

With its breakneck pacing, dazzling plot twists and unforgettable characters, The Last Thing He Told Me is bestselling author Laura Dave's finest…