Howard L. Anderson has lived a varied life: he flew with a helicopter battalion in Vietnam, worked on fishing boats in Alaska, in the steel mills of Pittsburgh, as a truck driver in Houston, and a scriptwriter in Hollywood. After earning a law degree, he became legal counsel for the New Mexico Organized Crime Commission. He is currently a district attorney in New Mexico, where he defends Mexican nationals charged with crimes north of the border. Albert of Adelaide is his first novel. He has never lived in Australia. 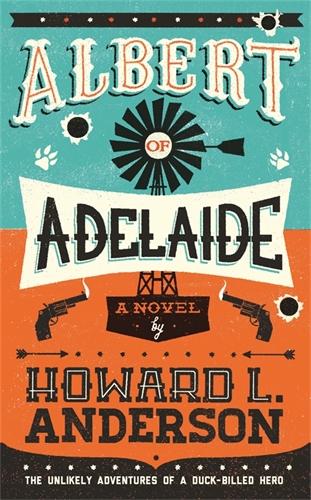 A story of the Australian Outback, a duck-billed platypus on a quest, and what it means to be a hero.