An Exciting and Vivid Inner Life: read an extract

A story collection that perfectly captures life in the internet age

Whether working in food service or in high-end retail, lit by a laptop in a sex chat or by the camera of an acclaimed film director, or sharing a flat in the city or a holiday rental in Mallorca, the protagonists of the ten stories comprising Paul Dalla Rosa’s debut collection navigate the spaces between aspiration and delusion, ambition and aimlessness, the curated profile and the unreliable body.

By turns unsparing and tender, Dalla Rosa explores our lives in late-stage Capitalism, where globalisation and its false promises of connectivity leave us further alienated and disenfranchised. Like the legendary Lucia Berlin and his contemporary Ottessa Moshfegh, Dalla Rosa is a masterful observer – and hilarious eviscerator – of our ugly, beautiful attempts at finding meaning in an ugly, beautiful world.

Read an extract from the short story ‘Short Stack’ below.

Sam was nineteen and still had baby fat and maybe some real fat and couldn’t enter bars without pulling out his wallet
and repeating his birthdate and star sign. The Pancake Saloon was a suburban restaurant in a franchise chain that twenty-four hours a day, seven days a week, sold pancakes drenched in concentrated high-fructose corn syrup. The restaurant had a western theme, with saloon-style doors, tables with chipped laminate designed to look like dark polished wood, and fixtures imitating nineteenth-century gas lamps that saturated the dining floor in dim, syrupy light. It was staffed exclusively by under-twenty-five-year-olds, its kitchen manned by Nepali migrants on temporary work visas.

Sam worked nights, eleven-hour shifts in the kitchen, not the restaurant. He didn’t cook or make coffee or speak Nepali; he washed dishes, and at times was good at it: stacking glasses in the commercial-grade machine, blasting syrup off plates with a high-pressure nozzle, scrubbing the rubber mats that lined the floor. He was early to work, kept his uniform ironed and was overly enthusiastic in a way most people mistook as a sign of mild developmental problems.

At times, Sam fucked up. Sam fucked up especially on weekends, in the early hours of the morning, 1 a.m., 3 a.m., when the night bus ferrying drunk people from clubs and bars in the city back to their suburban homes would unload at the stop directly in front of the Pancake Saloon. All of a sudden the restaurant would be full, and the customers, often people Sam had gone to school with but who were now in college, were loud and aggressive. They’d empty packets of sugar and cartons of creamer onto tables, vomit in toilet stalls, even perform partially clothed sex acts in open booths. The ambient pressure, almost barometric, moved into the kitchen, and Sam would begin to work in a kind of slow motion. Sam put clean dishes in the dishwasher and moved behind people without saying ‘behind’, causing people to trip, vats of thick pancake batter to spill and the cooks to loudly repeat the Nepali word for idiot. 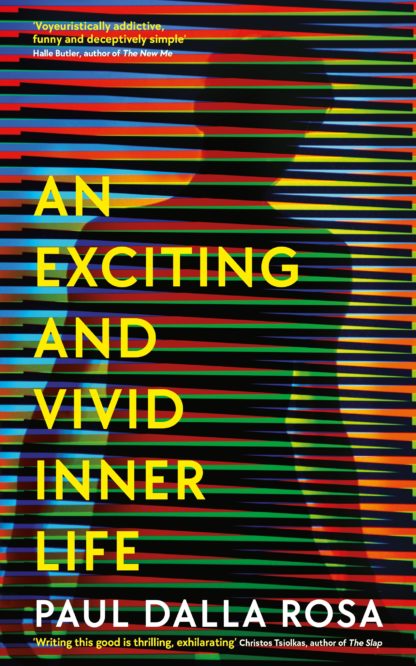 An Exciting and Vivid Inner Life

A story collection that perfectly captures life in the internet age