You can trust us to publish books by, for and about dissenting women. Women who strive for change, who refuse to conform, who offer us a brand new way of looking at the world. In our picks below meet Libertie, Reese, Kim, the Essex Girl, Yona, the Black women and girls of 20th century America, and Nina.

Tell us who you’re reading for International Women’s Day – @serpentstail. 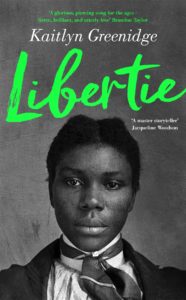 Coming of age as a free-born Black girl in Brooklyn after the Civil War, Libertie Sampson was all too aware that her purposeful mother, a practicing physician, had a vision for their future together: Libertie would go to medical school and practice alongside her. But Libertie, drawn more to music than science, feels stifled by her mother’s choices and is hungry for something else – is there really only one way to have an autonomous life? And she is constantly reminded that, unlike her mother who can pass, Libertie has skin that is too dark. When a young man from Haiti proposes to Libertie and promises she will be his equal on the island, she accepts, only to discover that she is still subordinate to him and all men. As she tries to parse what freedom actually means for a Black woman, Libertie struggles with where she might find it – for herself and for generations to come. 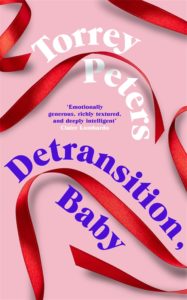 Reese nearly had it all: a loving relationship with Amy, an apartment in New York, a job she didn’t hate. She’d scraped together a life previous generations of trans women could only dream of; the only thing missing was a child. Then everything fell apart and three years on Reese is still in self-destruct mode, avoiding her loneliness by sleeping with married men.

When her ex calls to ask if she wants to be a mother, Reese finds herself intrigued. After being attacked in the street, Amy de-transitioned to become Ames, changed jobs and, thinking he was infertile, started an affair with his boss Katrina. Now Katrina’s pregnant. Could the three of them form an unconventional family – and raise the baby together? 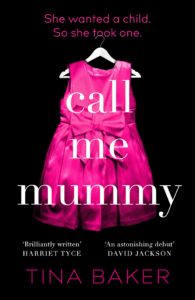 THIS MOTHER’S DAY YOU WILL CALL HER MUMMY

Glamorous, beautiful Mummy has everything a woman could want. Except for a daughter of her very own. So when she sees Kim – heavily pregnant, glued to her phone and ignoring her eldest child in a busy shop – she does what anyone would do. She takes her. But foul-mouthed little Tonya is not the daughter that Mummy was hoping for.

As Tonya fiercely resists Mummy’s attempts to make her into the perfect child, Kim is demonised by the media as a ‘scummy mummy’, who deserves to have her other children taken too. Haunted by memories of her own childhood and refusing to play by the media’s rules, Kim begins to spiral, turning on those who love her.

Though they are worlds apart, Mummy and Kim have more in common than they could possibly imagine. But it is five-year-old Tonya who is caught in the middle… 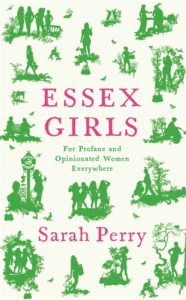 Essex Girls are disreputable, disrespectful and disobedient.
They speak out of turn, too loudly and too often, in an accent irritating to the ruling classes.
Their bodies are hyper-sexualised and irredeemably vulgar.
They are given to intricate and voluble squabbling.
They do not apologise for any of this. And why should they?

In this exhilarating feminist defence of the Essex girl, Sarah Perry re-examines her relationship with her much maligned home county. She summons its most unquiet spirits, from Protestant martyr Rose Allin to the indomitable Abolitionist Anne Knight, sitting them alongside Audre Lorde, Kim Kardashian and Harriet Martineau, and showing us that the Essex girl is not bound by geography. She is a type, representing a very particular kind of female agency, and a very particular kind of disdain: she contains a multitude of women, and it is time to celebrate them. 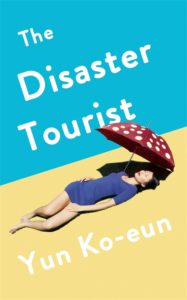 Yona has been stuck behind a desk for years working as a programming coordinator for Jungle, a travel company specialising in package holidays to destinations ravaged by disaster. When a senior colleague touches her inappropriately she tries to complain, and in an attempt to bury her allegations, the company make her an attractive proposition: a free ticket for one of their most sought-after trips, to the desert island of Mui.

She accepts the offer and travels to the remote island, where the major attraction is a supposedly-dramatic sinkhole. When the customers who’ve paid a premium for the trip begin to get frustrated, Yona realises that the company has dangerous plans to fabricate an environmental catastrophe to make the trip more interesting, but when she tries to raise the alarm, she discovers she has put her own life in danger. 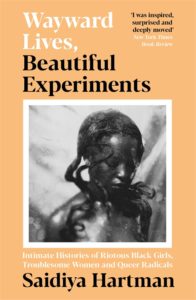 At the dawn of the twentieth century, black women in the US were carving out new ways of living. The first generations born after emancipation, their struggle was to live as if they really were free.

These women refused to labour like slaves. Wrestling with the question of freedom, they invented forms of love and solidarity outside convention and law. These were the pioneers of free love, common-law and transient marriages, queer identities, and single motherhood – all deemed scandalous, even pathological, at the dawn of the twentieth century, though they set the pattern for the world to come.

In Wayward Lives, Beautiful Experiments, Saidiya Hartman deploys both radical scholarship and profound literary intelligence to examine the transformation of intimate life that they instigated. With visionary intensity, she conjures their worlds, their dilemmas, their defiant brilliance. 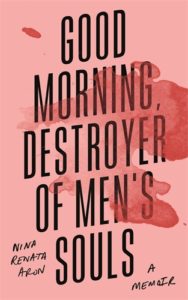 ‘The disease he has is addiction,’ Nina Renata Aron writes of her boyfriend. ‘The disease I have is loving him.’ Their affair is dramatic, urgent – an intoxicating antidote to the lonely days of early motherhood. But soon, K starts using again. Even as his addiction deepens, she stays, thinking she can save him. It’s a familiar pattern, developed in an adolescence marred by family trauma – how can she break it? If she leaves, has she failed?

In this unflinching memoir, Aron shows the devastating effect of addiction on loved ones. She also untangles the messy ties between her own history of enabling, society’s expectations of womanhood and our ideas of love. She cracks open the feminised phenomenon of co-dependency, tracing its development from the formation of Al-Anon to recent research in the psychology of addiction, and asks uncomfortable questions about when help becomes harm, and when we choose to leave.