'A shimmering, sexy, thrilling tale of intrigue and desire, and the dark paths we walk to keep our secrets safe. Bell has written a shining debut' Kiran Millwood Hargrave, author of The Dance Tree

An Evening Standard Ones to Watch for 2023 pick

Everyone connected to the court of Louis XIV has something to hide. For the Baroness Marie Catherine, it is the pleasures she seeks outside of her unhappy marriage, indulging in a more liberated existence of decadent salons and discussions with writers and scholars. At the centre of her illicit freedom is her lover Victoire Rose de Bourbon, Mademoiselle de Conti, the androgynous, self-assured countess.

When Victoire's devotion results in an act of murder to save Marie Catherine, the pair must escape from the clutches of Paris' overzealous chief of police. As they attempt to outwit him, they are led to the darkest corners of Paris and Versailles, discovering lies, mysticism, and people with secrets they too would kill to keep.

Fast-paced, opulent and hypnotically absorbing, Celia Bell's debut is a love story to die for. 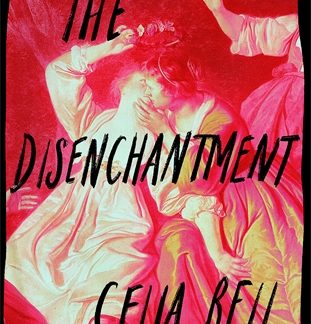 You're viewing: The Disenchantment (Epub) £13.99
Add to basket