Nightmare in the Street ()

A plain-clothes copper in Paris, Kleber is 40 years old, drinks hard and smokes fifty a day. He is devoted to his young wife, Elenya, a former prostitute whom he rescued from her pimp, but he is embittered by 22 years on the streets, and his sleep is haunted by dreams of death. Kleber has many enemies, and only one friend: a criminal named Mark. When Kleber is suspended from the police force for punching a fellow officer, his underworld adversaries seize their chance to bring him to heel. Down but not out, Kleber will show no mercy to those who harm the ones he loves. Derek Raymond?s final book ? the typescript was discovered after his death in 1994 ? Nightmare in the Street is a fitting finale to a career spent writing about, and indeed living among, the darkest reaches of humanity. 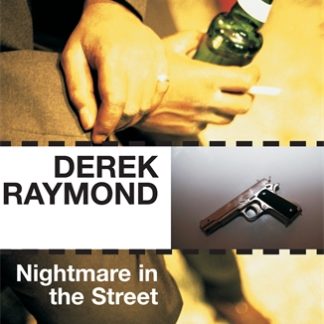