?Murder in Memoriam is the kind of book that begins to restore one?s confidence in the detective story. Not only has Daeninckx produced a particularly intriguing narrative, but he has found a way to give this narrative a satisfying significance… A touch of moral vision and a pinch of righteous anger work wonders? Nick Hornby ?How many detective stories have helped a country confront its past? Murder In Memoriam has certainly done that? Guardian ?Didier Daeninckx is a novelist, magician and archaeologist prince… a frightening book? Jerome Charyn ?Serves as a tap on the shoulder – a necessary reminder that what is dead is not buried, and what is buried is, unfortunately, not dead? Derek Raymond

Didier Daeninckx?s chilling novel created uproar when it was first published in France in 1984. It is set against the backdrop of a demonstration in Paris in 1961, which resulted in the deaths of hundreds of Algerians at the hands of the police. In Daeninckx?s story, Roger Thiraud, a young history teacher, is also mysteriously killed during this demonstration. Twenty years later, Bernard, his son, is murdered in Toulouse while on holiday with his girlfriend. To find the connection between the murders, Daeninckx?s hero Inspector Cadin must delve into the secret history and devastating compromises of wartime politics. Murder in Memoriam is a tense and unsettling indictment of France?s hidden past. 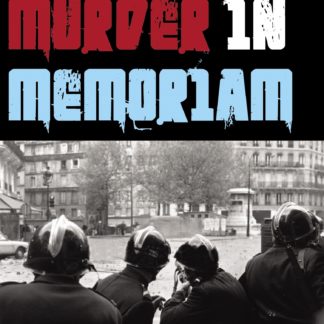