The stunning new novel by Garry Disher, in which a disgraced detective is sent to a dead-end posting in rural Australia, only to find himself with a tragic murder to solve

'Disher shows that he is a top-class writer' – THE TIMES

ONE DEAD-END POSTING. ONE DEAD BODY.
A TRAGIC ACCIDENT? THAT'S WHAT THEY WANT YOU TO THINK…

Constable Paul 'Hirsch' Hirschhausen is a whistle-blower. Formerly a promising metropolitan detective, now hated and despised, he's been exiled to a one-cop station in South Australia's wheatbelt. So when he heads up Bitter Wash Road to investigate gunfire and finds himself cut off without backup, there are two possibilities. Either he's found the fugitive killers thought to be in the area. Or his 'backup' is about to put a bullet in him.

He's wrong on both counts. But Tiverton – with its stagnant economy, entrenched racism and rural isolation – has more crime than one constable can handle. And when the next call-out takes him to the body of a sixteen-year-old girl, it's clear that whether or not Hirsch finds her killer, his past may well catch up with him.

'This novel is superb, and Disher deserves fame over here' – THE SUN

'Peace will have you longing for a sequel' SEATTLE TIMES 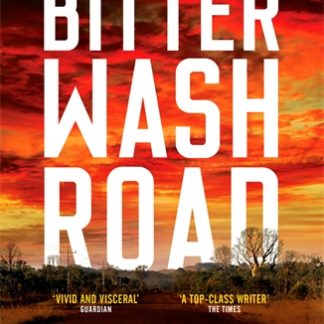