WINNER OF THE NATIONAL BOOK AWARD 2019: The defining master-work of the Man Booker International winner's spectacular career, now in paperback

Nearing the end of his life, Baron Bela Wenckheim decides to return to the provincial Hungarian town of his birth. Having escaped from his many casino debts in Buenos Aires, where he was living in exile, he wishes to be reunited with his high-school sweetheart Marika. What follows is an endless storm of gossip, con men and local politicians, vividly evoking the small town's alternately drab and absurd existence. Spectacular actions are staged, death and the abyss loom, until finally doom is brought down on the unsuspecting residents of the town.

'I've said a thousand times that I always wanted to write just one book. Now, with this novel, I can prove that I really wrote just one book in my life. This is the book – Satantango, Melancholy, War & War, and Baron. This is my one book.' László Krasnahorkai 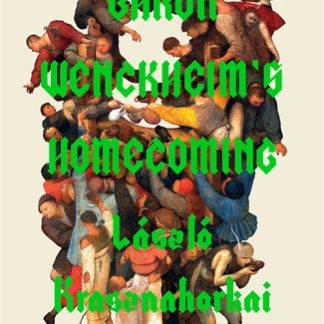